Friends of the Everglades is asking Miami Dade County Mayor Carlos Gimenez to pull this topic from tomorrow’s County Commission agenda to provide more time for input on a proposal that could lead to commercial flights out of Homestead Air Reserve Base.

The following letter was submitted to Mayor Gimenez and the Miami-Dade County Commission on behalf of Friends of the Everglades by attorney Paul J. Schwiep.

I write on behalf of the Friends of the Everglades (“Friends”) to request that the  Board of County Commissioners defer consideration of Agenda Item No. 11(A)(13)  pertaining to the negotiation of a joint use agreement with the United States for the  creation of a fixed-base operator development adjacent to the Homestead Air Reserve Base. Friends of the Everglades was founded in 1969 by renowned journalist, author,  and environmental activist Marjory Stoneman Douglas. Friends is a 501(c)(3) nonprofit  organization dedicated to preserving America’s Everglades and its interconnected  ecosystems.

Friends was intimately involved in opposing Miami-Dade County’s efforts in the  late 1990s and early 2000s to convert portions of the former Homestead Air Force  Base, now the Homestead Air Reserve Base (the “Air Base”), for use for private aviation  operations. The concern at the time, which remains as true as ever today, is that the Air  Base is situated directly between Biscayne National Park and Everglades National Park.  The use of the Air Base for nonmilitary activities would likely unacceptable and  unnecessary adverse impacts on nearby environmental resources, the Parks, and on  visitors’ experience of them.

In 2001, the Department of Defense issued its Second Supplemental Record of  Decision regarding the Air Base and found that the Air Force would retain the runway  and all airfield areas at the Air Base for military use. The Air Force declined to surplus  any portion of the Air Base or its runway for private uses. The decision was based on  the need to “protect[] environmental values in two nearby national parks.” 66 Fed. Reg.  12930 (March 1, 2001). In addition, the District Court of Appeal of Florida, Third District,  ruled in 1998 that use of the Air Base for nonmilitary activities could impact resources  and facilities of regional and statewide significance. Sierra Club v. State Administration  Commission, 721 So. 2d 829 (Fla. 3d DCA 1998).

The same concerns that drove the successful opposition to use of the Air Base  for private purposes in the late 1990s and early 2000s apply with equal, if not greater,  force today. Particularly in light of the direct threats imperiling Biscayne Bay, as well as  continued efforts at Everglades restoration within and outside of the confines of  Everglades National Park, conversion of any portion of the Air Base for private  commercial use should proceed cautiously and transparently.

The proposed resolution raises more questions than it answers. The open and  unaddressed issues include:

Use of the Air Base for nonmilitary purposes of any sort would likely impact  dramatically the unique and irreplaceable attributes of Biscayne National Park and  Everglades National Park. This is self-evident. While some impact to these resources  might be deemed necessary in connection with the national security interests protected  by the U.S. Air Force, impacts for purely private, nonmilitary reasons are not appropriate  or, likely, legal in this area.

Accordingly, we respectfully request that this item be deferred to allow concerned  and interested parties more time to study and consider the proposal. 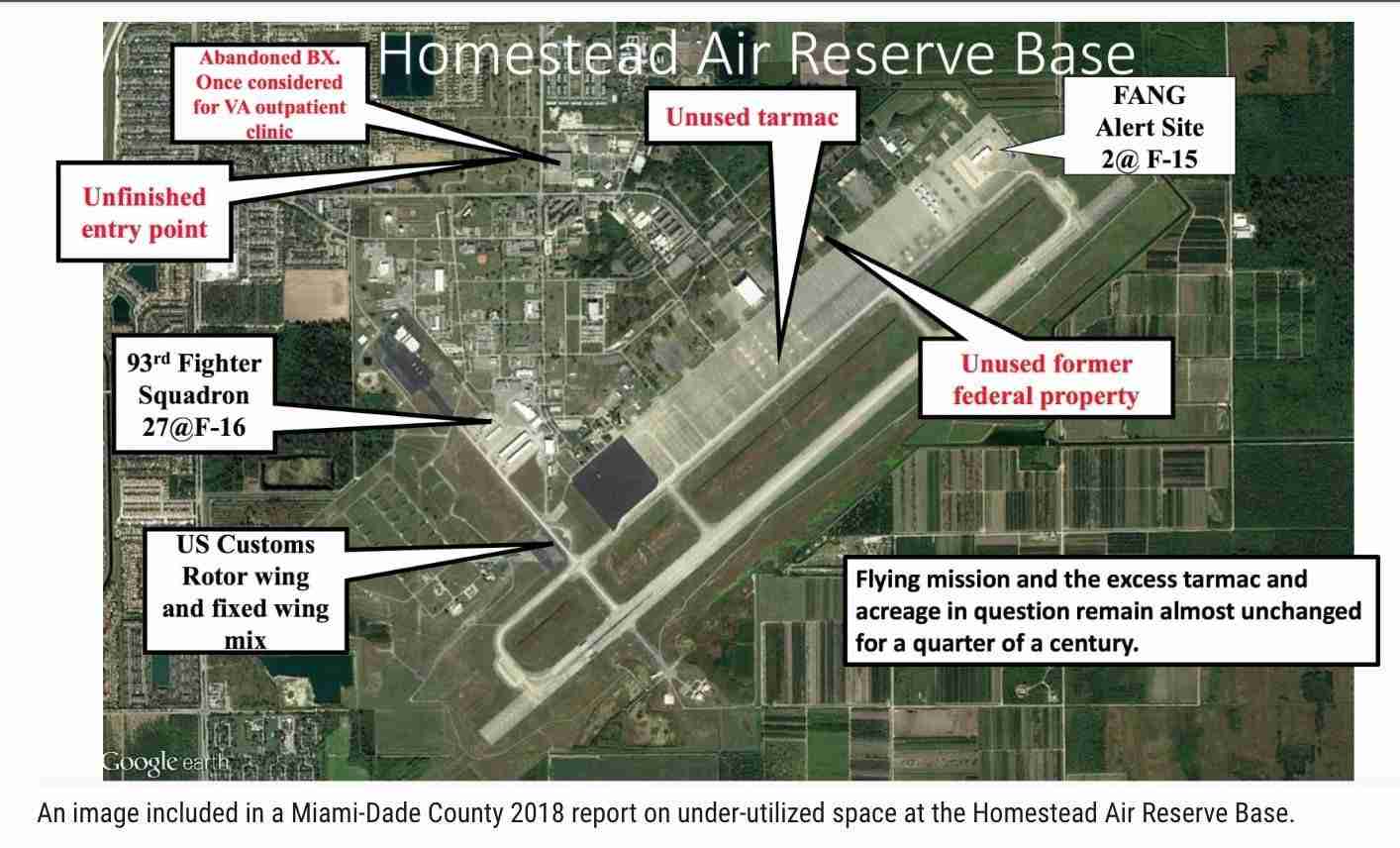