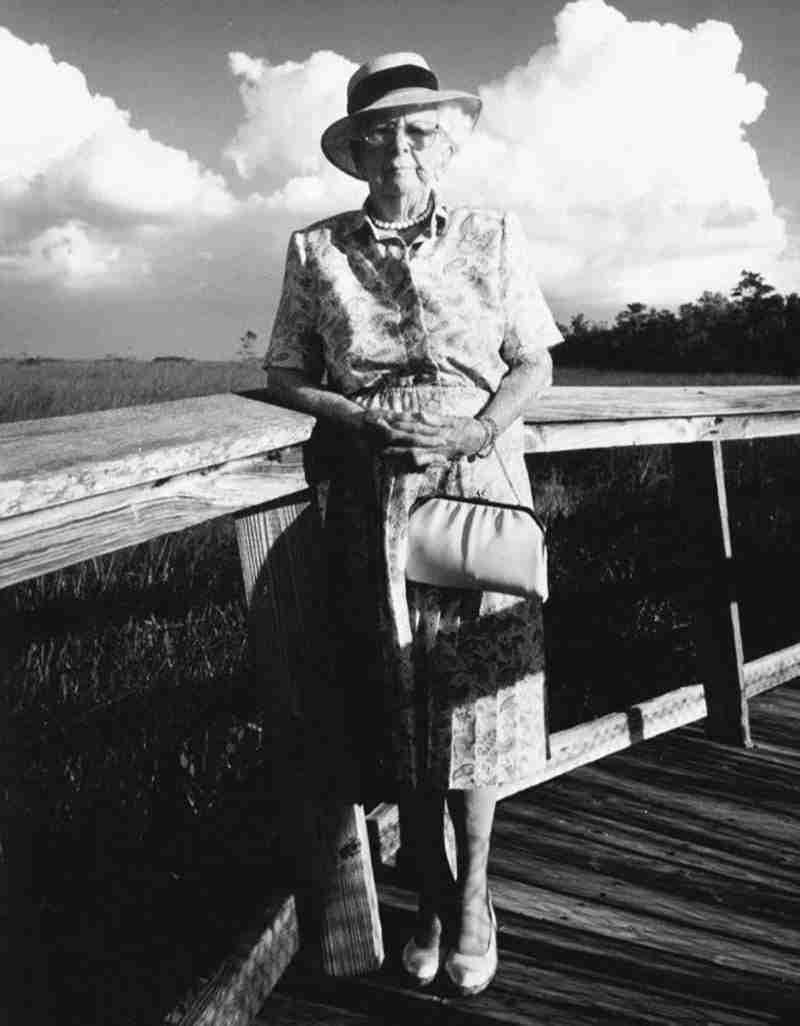 Your Chance to Make a Difference —

Marjory Stoneman Douglas was one of the most remarkable individuals in environmental history. Her seminal book “River of Grass” transformed the world’s view of the Everglades from swampy wasteland to national treasure, and she sounded the alarm to threats facing the Everglades long before they were widely understood. Marjory was a journalist and activist who devoted her life’s work to the idea that America’s Everglades were a litmus test for our planet, and she mobilized the public when she founded Friends of the Everglades in 1969.

Today, Friends of the Everglades stands as the single best hope for creating the change Marjory envisioned through advocacy, scientific research and litigation. With Florida’s water quality degraded by pollutants and harmful algal blooms – as we face added risks from sprawling development and climate change – we need bold supporters like you to continue the work Marjory started.

At this critical time, Friends of the Everglades invites you to follow Marjory’s lead. Help advance our mission to preserve, protect, and restore the only Everglades in the world by becoming a member of our new alliance of donors: Marjory’s Circle. By contributing $100 per month or $1,200 annually, you will help sustain Marjory’s legacy and ensure its continued role in preserving the future of our River of Grass and its connected waterways.

Marjory’s Circle members hail from all over, possessing different backgrounds and motivations, and are connected by a desire to see the Everglades protected and preserved. Find out the reasons and motivations of other members in our latest Featured Member Video:

For all Marjory’s Circle members:

Through Marjory’s Circle, you will enable Friends of the Everglades to make a lasting impact on the future of our Everglades.

You will receive invitations to Friends of the Everglades signature events such as Everglades experiences, policy briefings, and educational programs.

On April 7, which is Everglades Day and Marjory’s birthday, all current Marjory’s Circle donors will receive a special gift to commemorate their dedication to Marjory’s legacy.

You may make your donation in honor or memory of a loved one, friend, or business associate. It makes a wonderful gift and meaningful tribute.

All donations are tax deductible (minus the cost of tangible gifts), and a cumulative tax receipt will be mailed annually.

Most importantly, your support will policy-driven advocacy dedicated to helping us preserve, protect, and restore Everglades National Park.

You will be recognized as members of Marjory’s Circle in our annual report.

Since 1969, Friends of the Everglades has created many positive impacts, including:

Stopping a major jetport from being built north of Everglades National Park.

Funding scientific research into the harmful effects of methylmercury in the Everglades.

Educating the public about the acute health threats of toxic algae blooms, and working with lawmakers and other officials to ensure such health risks are factored into Florida’s water-management decisions.

Educating thousands of students in K-12 classrooms, and now virtually, through our Friends of the Everglades curriculum.

Successfully advocating for a new Lake Okeechobee management plan that, for the first time, considers the damaging effects of toxic-algae blooms and recognizes the need to send more clean water south to the Everglades

Pushed for an end to the unjust practice of sugarcane burning, which disproportionately harms the Glades region south of Lake Okeechobee.