On Marjory Stoneman Douglas’ birthday, your support empowers our resilience 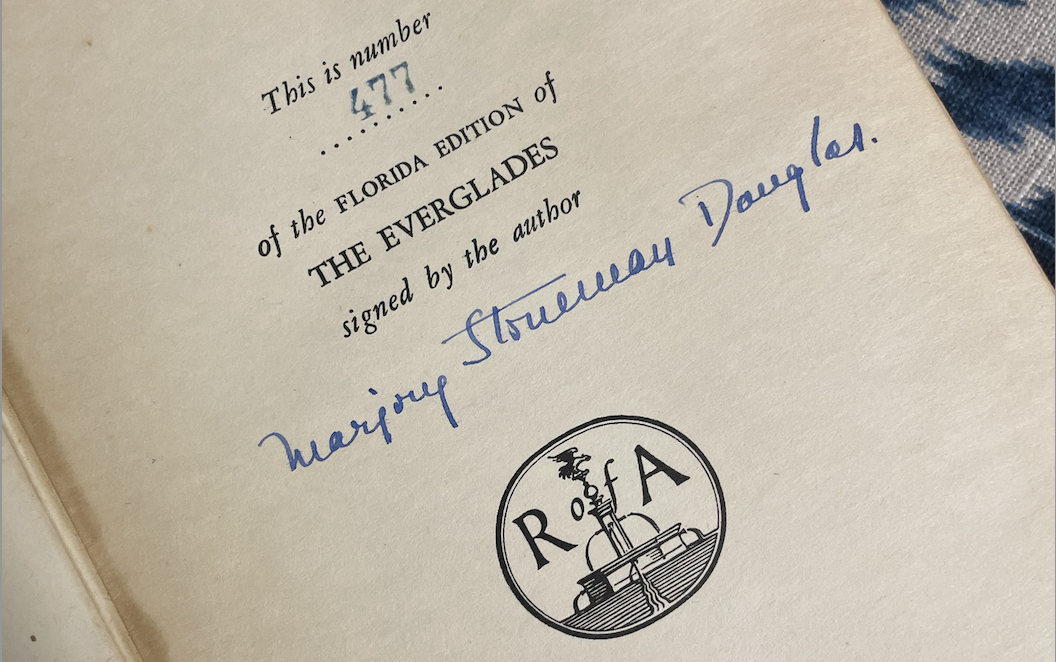 Today is Marjory Stoneman Douglas’ birthday, and we find ourselves contemplating the pursuits she championed as we try to see the challenges of today through our founder’s eyes.

No doubt there’s been progress, but amid the salient victories, Florida’s wild spaces remain under grave attack. The Florida’s Legislature too often works to undercut environmental protections. Glades community residents deserve real protection from the environmental injustice of sugarcane burning. We still face an uphill battle against greed, corruption and bad politics more than two decades after Marjory’s death.

If Marjory were around today, we think she’d be furious. We are also absolutely certain that despite this, she wouldn’t give up. In fact, it was part of her legacy to draw from moments of discouragement and disappointment in order to galvanize the next fight and electrify the next wave of support from the people who shared her greatest commitment to preserve, protect and restore Florida’s River of Grass.

Last year, 50 founding members of Marjory’s Circle helped us kick off a new alliance of dedicated funding that has enabled us to hone in on the issues that were most important to our spirited founder.

Since then, we’ve made strides to be proud of. With the support of our Marjory’s Circle members, we have successfully fought off bad environmental legislation in Tallahassee, strategically opposed development in environmentally sensitive areas in Miami-Dade County, advocated for better management of Lake Okeechobee to stave off harmful algal blooms, and created an Everglades Learning Exploration Kit for our Young Friends of the Everglades program. We are poised to maintain positive momentum in 2022.

In honor of this year’s 75th anniversary of Marjory’s groundbreaking book, The Everglades: River of Grass, we’re aiming to grow our total Marjory’s Circle membership to 75.

Will you help us get there? By joining Marjory’s Circle, you will help sustain Marjory’s legacy and ensure its continued role in preserving the future of our River of Grass and its connected waterways. If you’re already a member, please forward this email to invite a like-minded friend to stand with you as a member of Marjory’s Circle.

Were Marjory here today, we know she would enjoin us to “Be a nuisance where it counts.” We think she’d be reminding each and every one of us to never, ever, ever give up. Your support empowers our resilience.