Join our next Clean Water Conversation: Revisiting the Toxic Puzzle 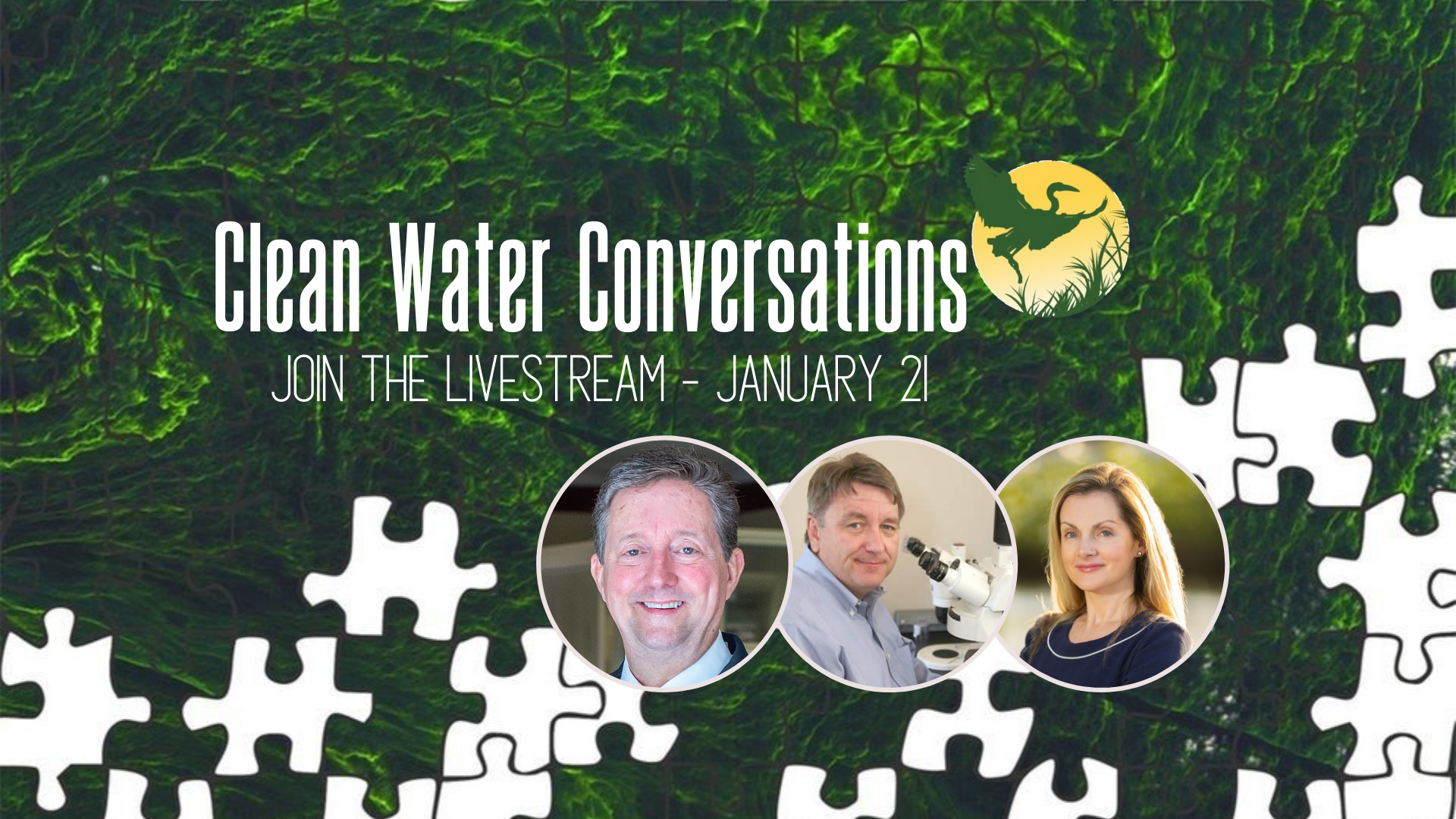 2018 is a year that most Floridians will never forget.

That year, widely recalled as “Toxic18,” put toxic algae and its link to serious public health concerns on the map in South Florida. That year, we saw devastating consequences after another summer of toxic Lake Okeechobee discharges. People got sick, dogs died, businesses suffered, and the most destructive red ride in years persisted with help from the constant source of nutrients.

Samples collected during significant cyanobacterial blooms of 2016 and 2018 and tested by Dr. Paul Alan Cox’s team from the Brain Chemistry Labs in Jackson, WY found concentrations of microcystin 10,000 times greater than that allowed by the state of Ohio for recreational waters.

In the years since then, evidence of the threat from cyanobacteria exposure has continued to stack up, but Floridians remain at risk, subjected to a water management system that doesn’t prioritize human health and safety.

As we revisit the issues made globally famous by the groundbreaking documentary Toxic Puzzle, how much more have scientists discovered about the link between toxic algae and human health risks? What should we ask of our leaders in public health and government to keep us safe?

We hope you’ll join us at the next Clean Water Conversation, streamed live to our Facebook page and YouTube, for a discussion featuring Dr. Paul Alan Cox of Brain Chemistry Labs and Cleveland Clinic Martin Health President Rob Lord.

RSVP for this event!

Dr. Paul Alan Cox is the Executive Director of Brain Chemistry Labs in Jackson, Wyoming. He and his team are responsible for some of the most recognizable research on toxic substances produced by cyanobacteria that led to the discovery of a link between cyanobacteria and ALS, Alzheimer’s and Parkinson’s illnesses. Their work was memorialized in the film, Toxic Puzzle, and features prominent examination of South Florida’s water crisis. His current ethnobotanical research is focused on neurodegenerative illness with the goal of discovering new therapies for ALS and Alzheimer’s Disease.

Robert L. Lord joined the Martin Health System in 1998 and currently serves as the President of Cleveland Clinic Martin Health. Prior to joining the Martin Health System, he was a partner in the law firm of Crary, Buchanan, Bovie, Lord & Roby, Chartered, in Stuart, Florida (1986-1998). Mr. Lord is a member of The Florida Bar and is board certified by The Florida Bar in health law. He is also a Fellow in the American College of Healthcare Executives (FACHE), board certified as a healthcare executive. Mr. Lord received his Juris Doctorate degree from Stetson University College of Law in 1983.