Friends of the Everglades joined Center for Biological Diversity in the request outlined below, sent on behalf of more than 100 conservation groups and businesses, urging Interior Secretary Deb Haaland to reject oil drilling in Big Cypress.

WASHINGTON— More than 100 conservation groups and businesses urged the U.S. Department of the Interior today to deny requests to drill for oil in Big Cypress National Preserve. The preserve, which is part of the greater Everglades region and a unit of the National Park System, provides vital habitat for endangered Florida panthers and Florida bonneted bats.

In a letter to Interior Secretary Deb Haaland, the groups documented how the proposed oil-extraction activities would harm the preserve. And the groups pointed out that the fossil fuel extraction would be inconsistent with President Biden’s initiatives to combat the climate crisis, protect public health, increase environmental justice and conserve U.S. lands, water and biodiversity.

“Drilling for filthy fossil fuels in this wild landscape is not in the public’s interests,” said Jaclyn Lopez, Florida director at the Center for Biological Diversity. “We need to protect and restore the Everglades, not sacrifice what’s left of it to prop up a dying industry that continues to fuel catastrophic global warming.”

“People don’t come to a national park to see oil wells. The constant threat of oil and gas exploration in Big Cypress National Preserve jeopardizes the sensitive habitat this park provides for endangered species like the Florida Panther, as well as the one-of-a-kind park experience Big Cypress offers to so many visitors,” said Cara Capp, senior Everglades program manager for National Parks Conservation Association. “Big Cypress should not be for sale. We are calling on Secretary Deb Haaland to affirm the Biden administration’s commitment to protecting all our public lands, including Big Cypress, from harmful fossil fuel development.”

While Big Cypress National Preserve is a unit of the national park system, some of the oil and gas beneath the preserve is privately owned. Burnett Oil Company, which according to the application package leases the right to explore for, and extract, oil from Collier Resources Company, is requesting permission to build new roads and oil well pads in the preserve.

The company’s seismic-testing operations in 2017 and 2018 severely damaged wetlands and cypress trees in the delicate ecosystem.

The Center for Biological Diversity, Conservancy of Southwest Florida, National Parks Conservation Association and Natural Resources Defense Council have opposed Burnett Oil Company’s oil and gas activities in the preserve since it began exploration in 2017 and have documented the severe impacts and lasting damages caused by operating heavy machinery in the ecosystem that can still be seen today. 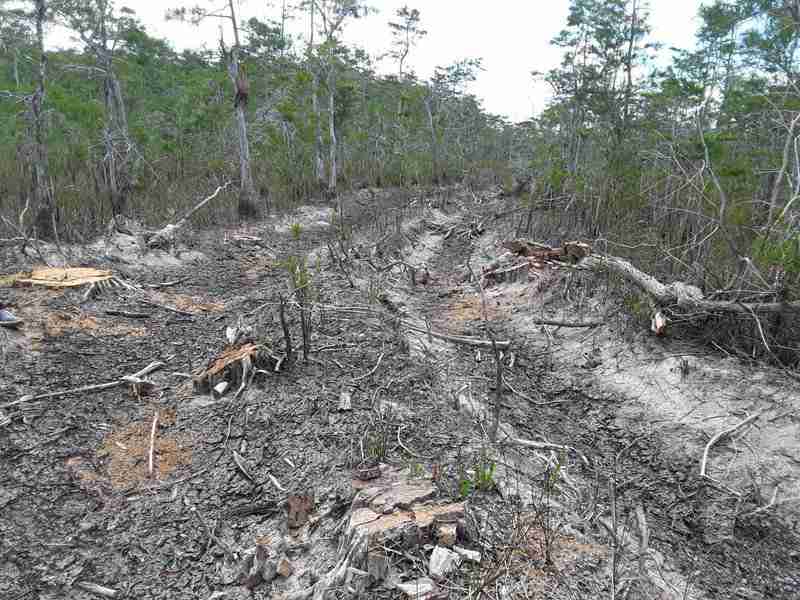