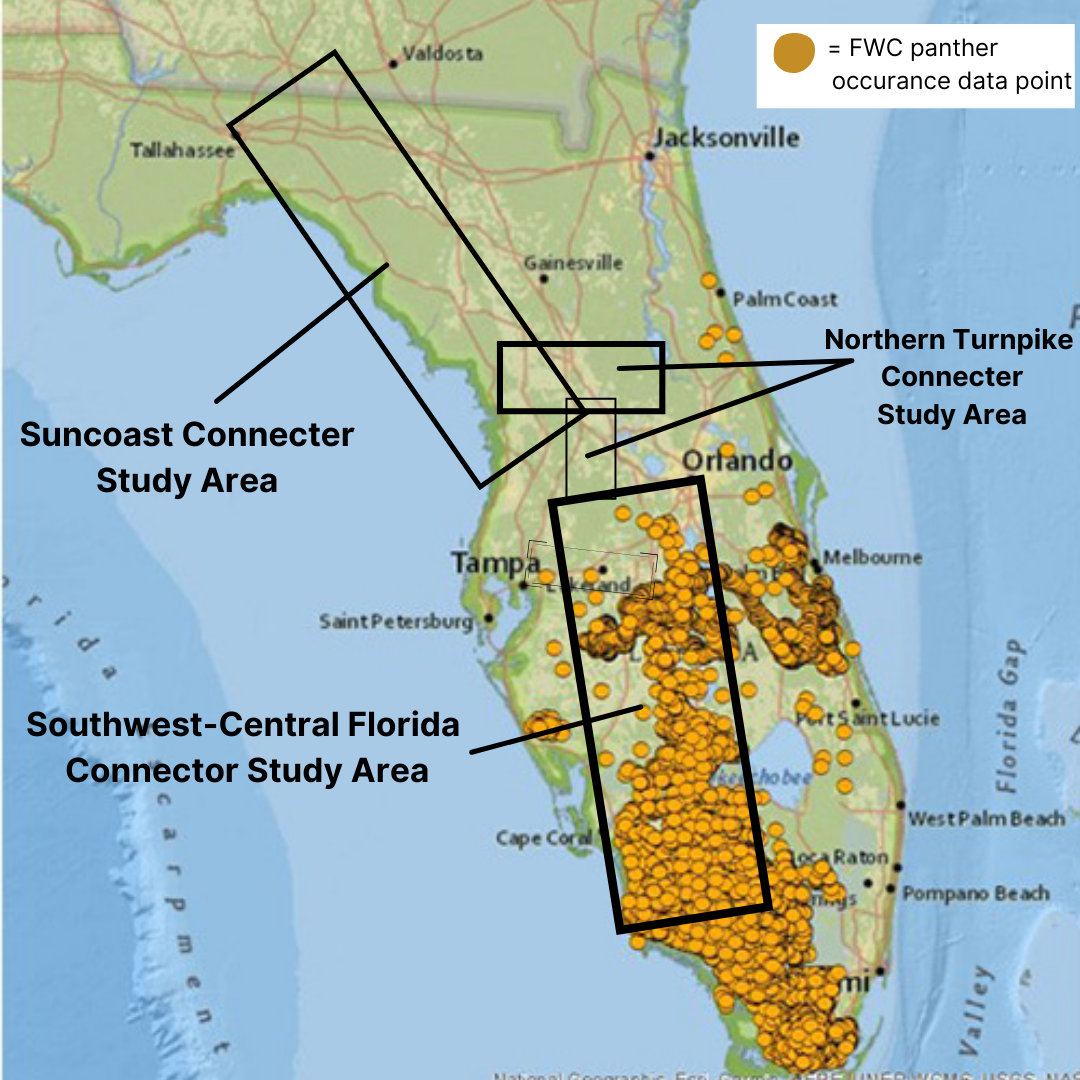 The proposed “Roads to Ruin,” slated to span hundreds of miles from southern Georgia to Collier County, would carve directly through territory identified as critical for one of Florida’s most iconic and elusive species: the Florida panther.

Panther sightings identified above as orange dots by the Florida Fish and Wildlife Conservation Commission paint a grave picture for the big cats when overlaid with the three study areas being considered for construction. The new toll roads would span the heart of panther territory, cutting across vital roaming terrain and potentially severing access to northern territory necessary to support the species’s expansion.

If you enjoyed this Everglades Illustrated, please consider subscribing to our weekly newsletter.