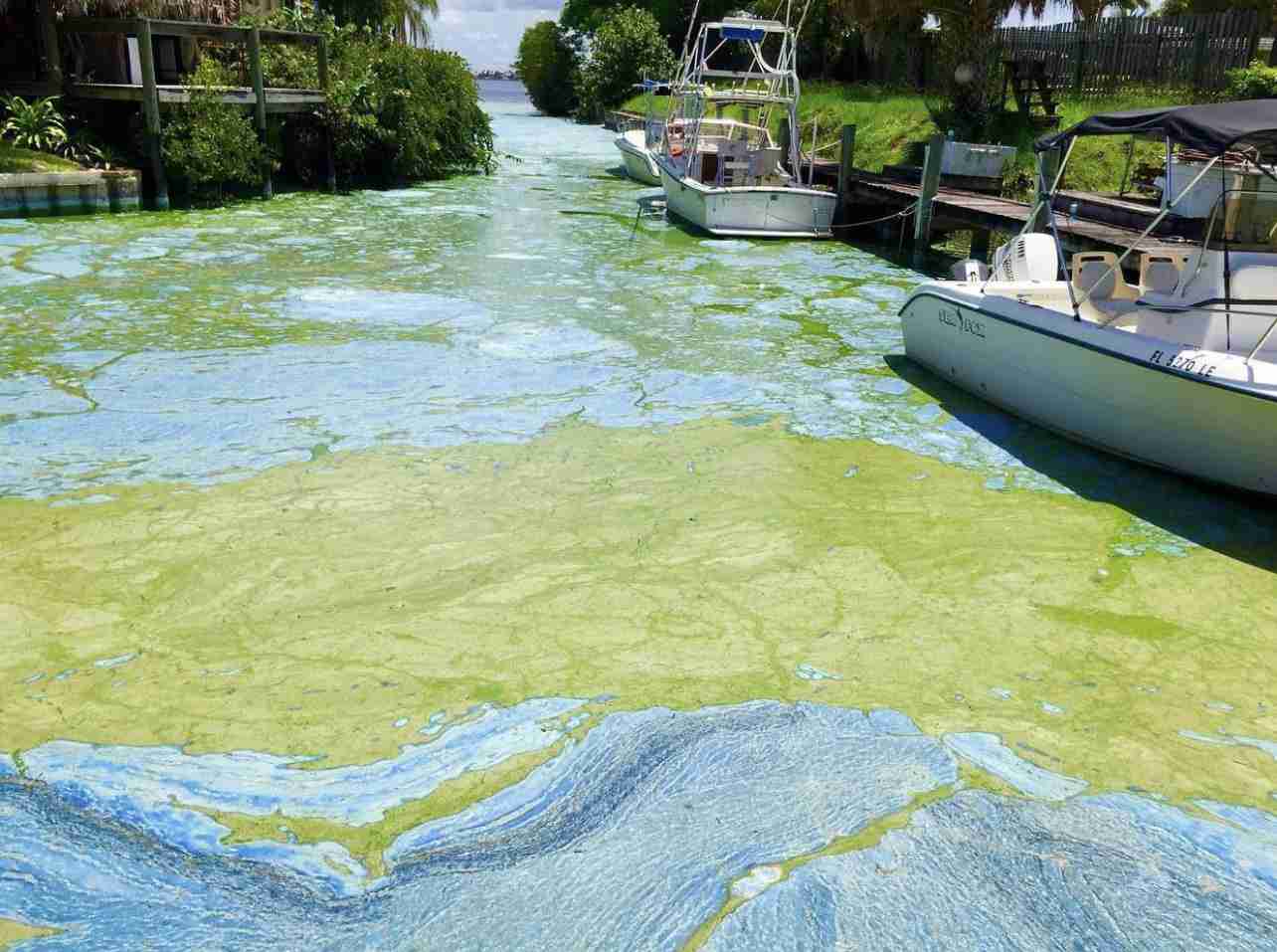 Are Throwback Tuesdays a thing? We’re making them one today, as we take a look back at an image from 2016.

The photo above was taken in a neighborhood canal off of the St. Lucie River during a time that is infamously remembered as the toxic summer of 2016. That summer, images like this one were not uncommon in the coastal community of Stuart, Florida — the east coast ground zero for Lake Okeechobee discharges.

For those who lived through it, this picture brings to mind a particularly horrific smell. The guacamole-thick mats of blue-green algae emitted a stench so overwhelming that residents had trouble being outdoors. As the estuary collapsed, businesses suffered, tourism plummeted, and communities across Florida began to learn about the short- and long-term dangers to human health that came with exposure to these toxins.

This image is a sharp reminder of how bad things can get. It’s a reminder that the downstream ecosystems can’t take another year of this. The existing plan that governs releases from Lake Okeechobee has wreaked havoc on the estuaries, the Everglades and Florida Bay, and it poses a severe threat to public health. That’s where LOSOM comes in.

The Army Corps is nearing the end of the “optimization phase” for the new Lake Okeechobee System Operating Manual, a plan that will govern releases from the lake for the next decade. The current proposals are a far cry from Plan CC, the preferred alternative originally chosen by the Corps, doubling or close to doubling releases to the St. Lucie in nearly all cases. It is critical that we get this right. As the Nov. 16 announcement of the finalized Lake Okeechobee System Operating Manual draws near, we’re calling on you to send a letter to the Corps to ensure that alterations are made to protect the estuaries and send more clean water south to the Everglades.

We’ve made it easy. By using the button below, you can send a pre-formatted letter to the Corps requesting common-sense adjustments to the current proposals that will help to ensure that the final plan selected is equitable to all stakeholders.