Yesterday, video from the Indian Riverkeeper put an all too familiar fear at the forefront of minds for Florida residents living downstream of Lake Okeechobee.

Photo taken along the shore of Lake Okeechobee at Port Mayaca by the Indian Riverkeeper.

Thick mats of green sludge piled high at the gates of the S-308 structure at Port Mayaca, which connects Lake Okeechobee to the C-44 Canal. When opened, the releases that spill through those gates run a path roughly 32 miles long into the waters of the St. Lucie River. Samples taken at the site a week ago by the Florida Department of Environmental Protection measured 22 parts per billion of microcystin, nearly three times more toxic than the level the federal government deems it safe for human or animal contact.

The Army Corps of Engineers recently announced that they planned to temporarily resume “short-burst discharges” this week so government scientists could study the flow of sediment that pollutes coastal estuaries. The news of highly toxic algae waiting just beyond the gates at Port Mayaca was thankfully enough to put the study on hold in the St. Lucie. On the west coast, the Corps reported releases supporting the study at the Moore Haven Lock and Dam (S-77) going forward as planned.

Recent satellite images confirm that Port Mayaca isn’t the only location at risk for toxic algae growth, showing concentrated outbreaks in several shoreline areas around the lake, including near the Moore Haven Lock and Dam where water enters the Caloosahatchee. Dry season releases bring life-giving freshwater to the upper Caloosahatchee estuary, balancing salinity and fueling critical growth of low-salinity tolerant species like tape grass — a food source for manatees who have already had a tough year. But with toxic algae in the water, we echo fears voiced by the Calusa Waterkeeper that these releases will further inoculate the Caloosahatchee with dangerous cyanobacteria. 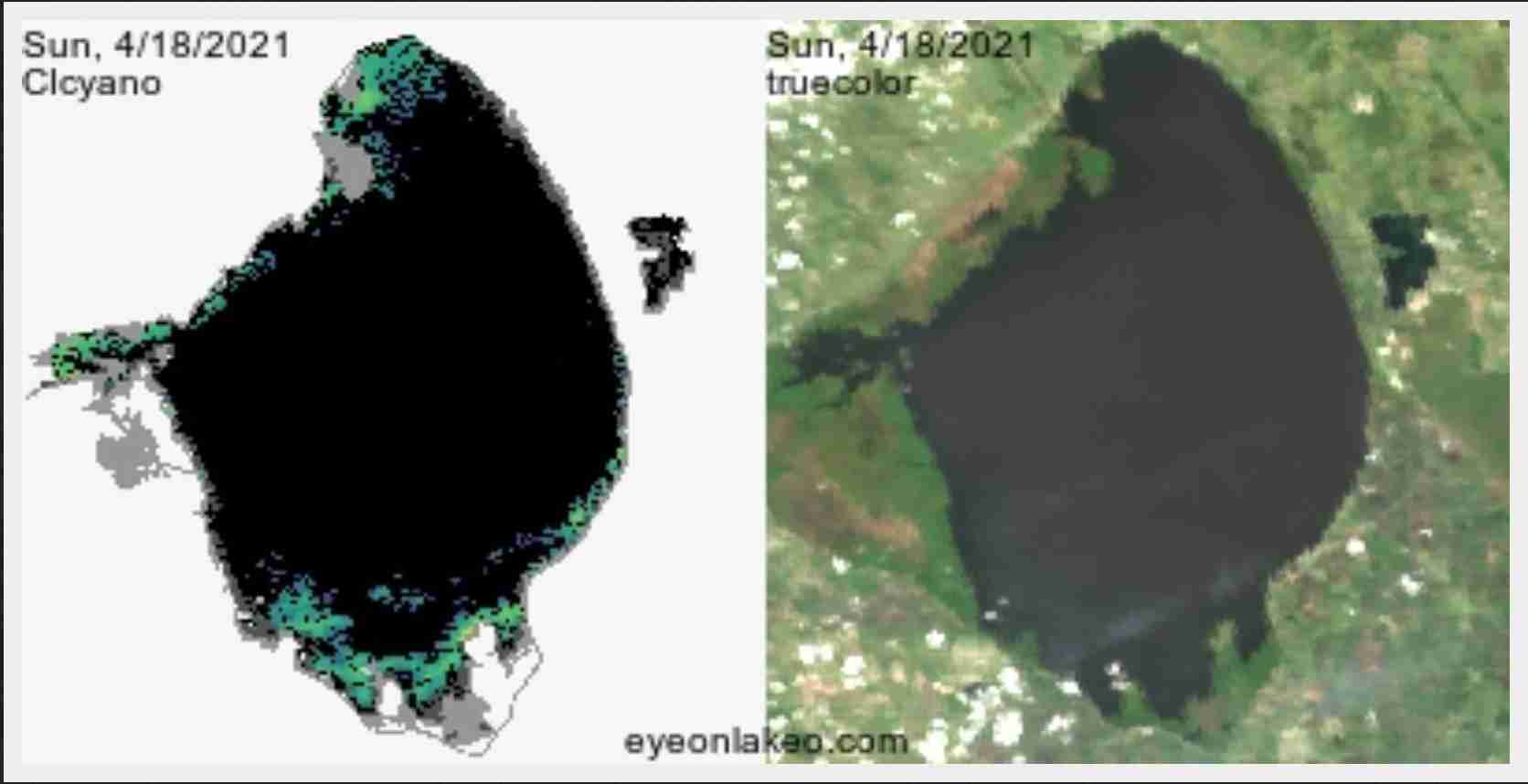 With just over a month until the official start of the rainy season, Lake Okeechobee sits disconcertingly high at 14.19 feet. The Army Corps can still stop future discharges to the northern estuaries by moving more clean Lake O water to the Everglades now.

If you haven’t already, sign the Fix the FLO petition to tell the Army Corps of Engineers, Water Management District, and your elected officials to change how they manage Lake Okeechobee to protect downstream communities from another potentially toxic summer.