Section 4: Humans and the Everglades 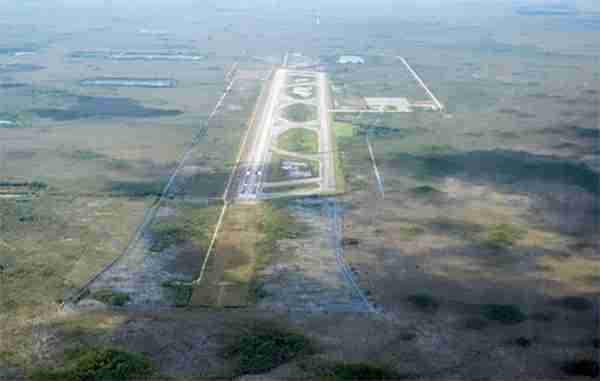 Humans and the Everglades

Degradation of southern Florida’s natural systems is evident everywhere. It ranges from extensive land development and associated alterations of the region’s natural hydrology, to the deliberate removal of certain plants and wildlife, to the introduction of nonnative plants and animals, and finally to the effects of pollutants and toxins. Obviously, humans have caused the massive changes that have occurred since the initial drainage works by Hamilton Disston in the 1880s, yet mankind has lived in the region for millennia.

Native Americans and the Everglades

Archaeologists have characterized Native American habitation in Florida as evolving through four general periods and numerous subperiods or cultures.

Evidence shows that early human arrivals in Florida hunted large animals, the megafauna, suggesting that these early Americans may have contributed to the extinction of numerous large mammal species and other groups in Florida, as well as throughout North America.

The Paleo-Indian period lasted to about 9,000 years ago, and is characterized by a nomadic, hunting–gathering lifestyle. The climate was cooler, windier, and much drier than today, perhaps initially even too dry to support scrub oaks like today’s well-drained sandy ridges of central Florida. Shifting dunes may have been widespread, and the terrain poor for human habitation. A lack of fresh water over large areas would have precluded survival in the interior of what was then a much wider peninsula due to a lower sea level. Obviously, Paleo-Indians would have occupied riverbanks, but rivers were then only near the coast, not in the elevated, dry interior. Such sites would now lie in 100 or more feet of water, many far out in the Gulf of Mexico. Documented Paleo-Indian sites on the mainland are always associated with sinkholes or depressions where fresh water could be obtained.

During the Paleo-Indian period, the Everglades area was almost entirely uplands, dotted with occasional wet depressions. Due to sparse evidence, little is known about this ancient period in the Everglades region, and the human population throughout South Florida was probably sparse.

The transition from Paleo-Indian to Archaic coincides with the loss of megafauna that the earlier Americans hunted. Sediment pollen studies have shown that Florida became even drier during early Archaic times (9,000–7,000 years ago), and South Florida’s small Native American population may have declined further. The Archaic Indians used tools that were less refined but more versatile in function, evidencing a corresponding change in subsistence. But by 6,500 years ago, rising sea level and increasing rainfall, beginning sooner in northern and central Florida, began changing the region. Lake Okeechobee began forming from increasing flows through the Kissimmee watershed of central Florida. Archaic culture in southern Florida showed an increasing harvest of shellfish, such as oysters, available in the expanding and more productive estuarine habitats, and hunting, fishing, and plant gathering in the wetter interior. By 5,000 years ago, the Everglades region probably resembled today’s Big Cypress Swamp with pockets of hammock forest, pinelands, marshes, and cypress in the deeper depressions. Marsh peatlands of the initial Everglades began to expand southward from the developing Lake Okeechobee. Many higher elevation sites in the Everglades area were inhabited, later to become fixed tree islands of midden (accumulated cultural waste such as bones, shells and pottery) origin as the Everglades formed. By the end of the Archaic Period, many lower-elevation habitation sites in and around the Everglades were abandoned due to rising water. Their evidence became buried beneath protective layers of peat in the evolving Everglades. Higher tree islands were continuously inhabited, so that evidence of Archaic culture remained buried beneath artifacts of more recent habitation and carbonate precipitation caused by trees. The increasingly diverse environment during the late Archaic time served to expand South Florida’s human habitation greatly.

This period began as a gradual transition from late Archaic culture but is distinguished by the advent of fired pottery. The main cultures within the Formative Period, called Glades cultures, are distinguished by decorations on pottery, generally increasing to maximum ornamentation, supplemented with carved shell and bone ornaments of the Glades III culture, exemplified by the Calusa Indians that ruled southwest Florida. During the Glades times, increasing social organization culminated in a ruling and priestly class, intermediate levels, and a lower labor class. Such organization enabled canal and mound construction. It is now believed that the apparent canals in the upper Caloosahatchee seen by Buckingham Smith in the 1840s were constructed by Native Americans for canoe passage between Lake Okeechobee and the Caloosahatchee.

In the same time frame, burial mounds became common, with prominent examples along the south shore of Lake Okeechobee and on some tree islands in the Everglades. Coastally, large oyster-shell mounds evidenced the extensive use of shellfish.

Because of the growing populations in Glades times, middens became widespread, providing rich evidence of activities. Through Archaic and increasing through Glades cultures, an astonishing variety of foods were eaten without heavy dependence on any one species.

At the time of initial European colonization, the Calusa controlled the region of southwest Florida, centered around the prolific coastal resources from Charlotte Harbor and Estero Bay south to the Ten Thousand Islands, but also reaching up the Caloosahatchee to the Lake Okeechobee region of the interior. The Calusa were also known to use sea-going canoes and traveled between Cuba and Florida. They dominated the also-strong Tequesta, who occupied southeast Florida from modern Boca Raton through the Florida Keys and made transient use of Everglades tree islands. At the time of initial European (Spanish) contact, the total Calusa and Tequesta population has been estimated at 20,000.

Following the disappearance of the Calusa and Tequesta, there were few if any Native Americans in the Everglades and Big Cypress regions for at least 60 years. New settlement began about 1825 with the arrival of the Seminoles. These people had originally inhabited Alabama, Georgia, and northern Florida, where they were part of a larger Indian confederation known to English-speaking settlers as “Creeks.” The Creeks included Hitchiti (or Mikasuki)-speaking Miccosukees of the lower Creek region, who began moving from Alabama and Georgia into northern Florida in the early 1700s in response to European settlers encroaching into their historic lands. The Upper Creeks spoke the related Muskogee language, had traded and cooperated with the British, and thus came into conflict with settlers after the United States was created in 1784. They then began to move into Spanish Florida, sharing the land with the established Miccosukees. Subsequent movement of the Seminoles into central and then southern Florida resulted from a series of three Seminole Wars, spanning the years from 1817 to 1858. The United States attempted to defeat and remove the Seminoles from Florida, but small numbers evaded capture. The Miccosukees, their numbers reduced to 50 individuals in Florida, took refuge deep in the Everglades.

In southern Florida, the Seminoles and Miccosukees resumed lifestyles that partially emulated the earlier Calusa and Tequesta, likely mixing with any of those tribes remaining. By the late 1800s, they were using the same Everglades tree islands regularly inhabited more than a century earlier. They often used tree islands for specific purposes including agriculture, hunting camps, or burials.

Significant changes in Native Americans’ use of the Everglades began while the Tamiami Trail was being constructed, with completion in 1928. The road inhibited north–south canoe travel, altering traditional use that had become culturally entrenched for more than a half century. The Trail also altered lifestyles by opening the interior to tourist trade along the road, and enabled canoe travel to Miami via the Tamiami Canal that paralleled the road. Settlements began moving from tree islands to the Trail. Following the dedication of Everglades National Park in 1947, habitation on park lands south of the Tamiami Trail was curtailed—a move bitterly received by displaced Miccosukee tribal members.

In 1957, the Seminole Tribe legally incorporated, and in 1962, the Miccosukee Tribe—earlier concealed from the public eye under the Seminole name—became an officially recognized sovereign government.