The factors that have led to wildlife changes range from hunting and collecting (“plume” birds, alligator hunting/poaching, and specimen collection, as for tree snails and orchids) to automobile roadkills, to direct loss of habitat (land development, introduced species), to large changes in habitat character.

There is only sketchy evidence of the early populations of wading birds in the Everglades. A crude estimate for the 1870s, prior to any significant human intervention, is about 2.5 million birds. Plume hunting cut these numbers to perhaps a half a million by 1910. Snowy egret, reddish egret, and roseate spoonbill populations were decimated. Their decorative breeding feathers—plumes—were the most desired for the fashion market in women’s hats. Laws protecting these birds were partially effective, but it was the success of a public awareness campaign during the early years of that century, rendering the fashion socially unacceptable, that finally removed the economic incentive for plume hunters. Populations of most the these birds then rebounded during the next few decades.

The southern rookeries persisted through the initial drainage of the Everglades from 1910 into the 1940s. It was only after the 1950s with the implementation of the C&SF Project that their numbers plummeted. While the WCAs slowly began to support rookeries with the demise of the southern Everglades locations, conditions of the WCAs were thought to be unfavorable, an idea supported by the small, unstable rookeries. 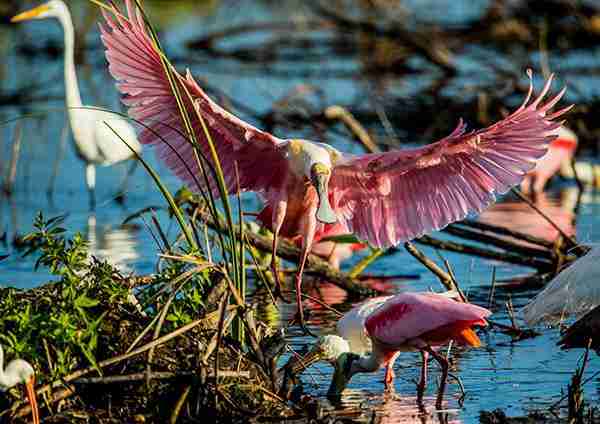 Wading birds like roseate spoonbills and snowy egrets were hunted to near extinction in the early 1900’s for their feathers, or “plumes,” — a desirable fixture of women’s hat fashion. Photo by Bob Branham.

Alligators were once extremely abundant in parts of the Everglades where they are rare or absent today. Alligator hunting for their hides and habitat drainage reduced populations through the 1930s and 1940s, but they rebounded to local abundance in the 1950s with protection afforded by Everglade National Park following its creation in 1947. 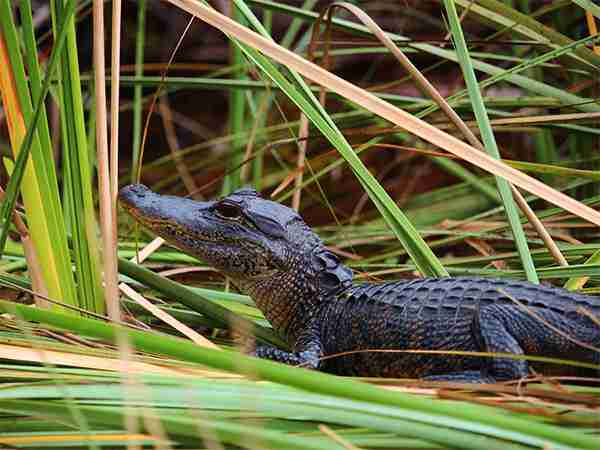 Of the huge changes in South Florida, taking specimens from the wild might seem minor. Yet, collectors have taken a large toll on wildlife. Many of the more unusual orchids and ferns of the region are now all but extinct. The intricately colored tree snails, once found in a myriad of varieties throughout the tropical hardwood hammocks of the area, have been collected so copiously for their beautiful shells that numerous varieties no longer exist. In fact, tree snail collectors in the past were even known to burn hammocks in order to facilitate collecting the local variety of tree snail, damaging both the hammocks as well as the snail populations. 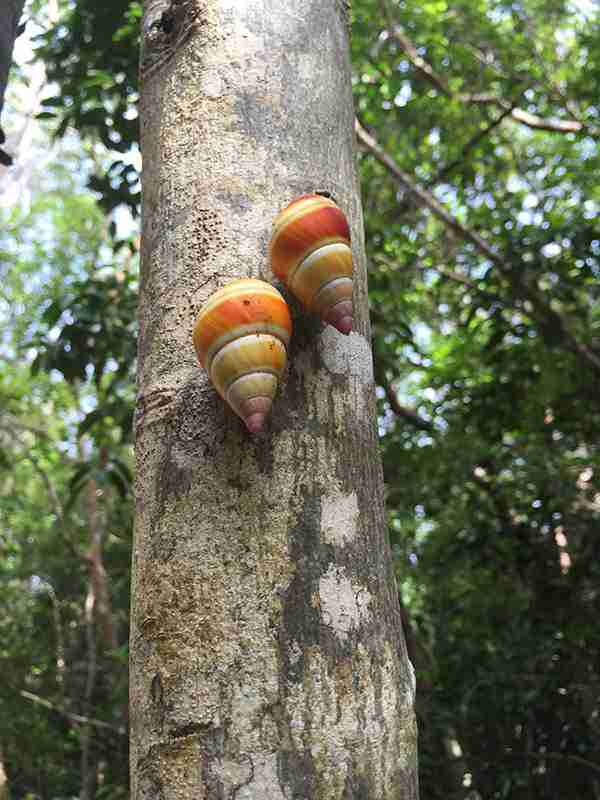 The rise in the number of naturalized nonindigenous species and the extent of the damage done has risen dramatically. The extreme behavior of an introduced species is called “invasive,” the condition where it moves into man-made and/or natural environments, causing economic hardship and/or displacing native species, often radically altering environments and their ecological functions.

Plants are the basis of ecosystem productivity and provide most of the non geological structure of an ecosystem. Thus, alterations in plant communities can cause extensive ecological changes. The largest threat of invasive plants in natural landscapes is damage to the functions of native plant communities. In total, 829 introduced plants are successfully established in South Florida. Of the introduced flora, 119 kinds (7% of the total flora) have been designated as invasive exotics. Most of these have escaped from ornamental horticulture.

The greatest invasive threat to short-hydroperiod marsh and swamp habitats of the Everglades and Big Cypress Swamp is a tree from Australia called “melaleuca.” Melaleuca forms dense forests that exclude native vegetation and obstruct habitat use by wading birds. It was promoted in horticulture and agriculture for wind breaks and honey production, and was intentionally seeded into the Everglades for the purpose of land development—trees transpire more water than marsh vegetation, so it was thought that it would dewater the Everglades marshes. The spread of melaleuca was enhanced by its extreme tolerance for fire.

More versatile than melaleuca, especially in its invasion of upland communities, Brazilian pepper was itially called “Florida holly” for marketing of this large shrub as an ornamental in South Florida. Its seeds, in small decorative red berry-like clusters, have been widely spread by birds and mammals after passing through their digestive tracts. It has widely invaded many plant communities in the Everglades region, especially pinelands and a variety of coastal lowland habitats including shallow mangrove swamps. Particularly troublesome is its ability to form closed forests in abandoned agricultural land and shallow coastal marsh habitats, and to prevent the recovery of pinelands after hurricane damage. 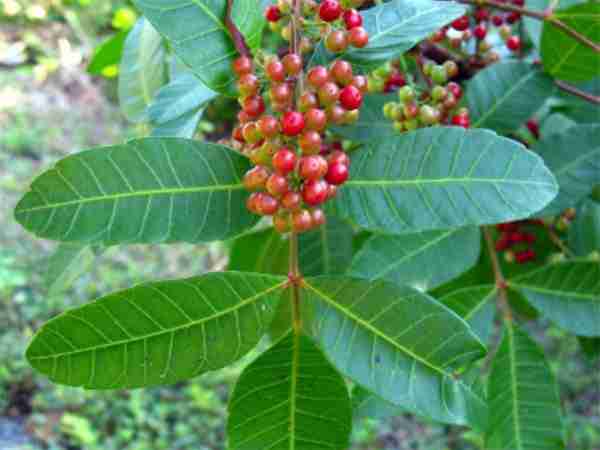 Relative to melaleuca and Brazilian pepper, the Old World climbing fern is a new invader in South Florida. It became established in the wild in 1965 in Martin County, where it soon became a problem in the headwater cypress wetlands of the Loxahatchee River system. By 1989, it had spread into Loxahatchee National Wildlife Refuge of the northern Everglades where is has completely covered tree islands in large areas of the refuge. It has also become established in the Big Cypress Swamp and western Everglades National Park.

Two prominent examples that may alter plant communities are the lobate lac scale insect and the bromeliad beetle. These two recent arrivals have the potential for enormous ecosystem changes. The scale insect has infested over 39 species of native shrubs and trees, and a larger number of ornamental plants. The bromeliad beetle potentially affects over 20 species of native air plants, killing many of them. Bromeliads are not only an asset to South Florida’s natural beauty, but provide important habitat for many small animals such as tree frogs

The warm temperatures of South Florida’s waters have fostered the successful escape of many tropical freshwater aquarium fishes and the intentional introduction of a few. The key role that fish play in Everglades food chains makes introduced species an important concern. Introduced fish include the pike killifish — a small, voracious predator adept at catching mosquitofish, the walking catfish, seventeen species of cichlid now permanently established in Florida – seven specifically in Everglades National Park, and Blue tilapia. 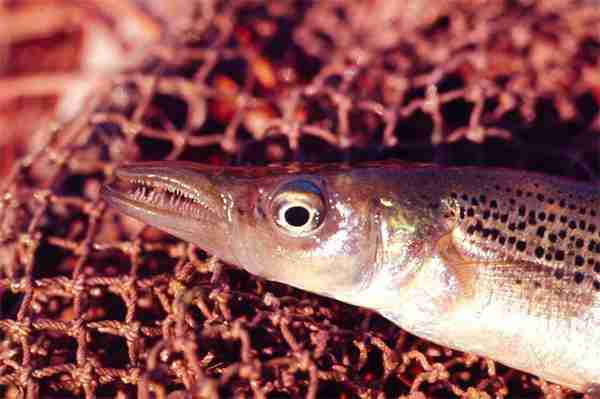 There are relatively few introduced amphibians that have succeeded in the wild in South Florida. Reptiles are a different story. Introduced lizards have outnumbered native species in Florida for a few decades. Nearly all lizards now seen in South Florida areas are introduced species. Formerly, the largest of the introduced lizards is the great green iguana, a herbivorous lizard established from the pet trade. Much more ominous from the human viewpoint is the equally large Argentine tegu, a predatory lizard from South America with a rapidly expanding South Florida population, and the well-established population of the huge Burmese python. Python numbers as high as 100,000 in Everglades National Park are essentially guesses — no credible population estimates exist. The crash of numerous mammal populations, including the once common marsh rabbit, in the Everglades is almost certainly due to python predation

Few introduced birds have invaded Southern Florida’s wilderness. Residential areas, however, abound with them. The Miami/Ft. Lauderdale areas harbors at least 10 parrot species, established from escaped pets. A recent introduction that shows an inclination to invade the Everglades is the purple swamp hen from the Middle East. It looks like a gigantic purple gallinule, being similarly colored but is several times heavier.

Mammals and the House Cat Dilemma

Twenty-six nonindigenous mammals have become established in Florida. Examples include the black rat and feral pig, both abundant throughout the state. Domestic cats have been documented as the single greatest anthropogenic cause of bird and small mammal mortality in the United States. Bird kills by other human causes, including hunting, collisions against windows, communication towers, and motor vehicles, all combined, are less than a third of predation by cats. Cat predation has also been documented as a leading cause of placing some endangered mammals in further jeopardy, such as the lower keys marsh rabbit. 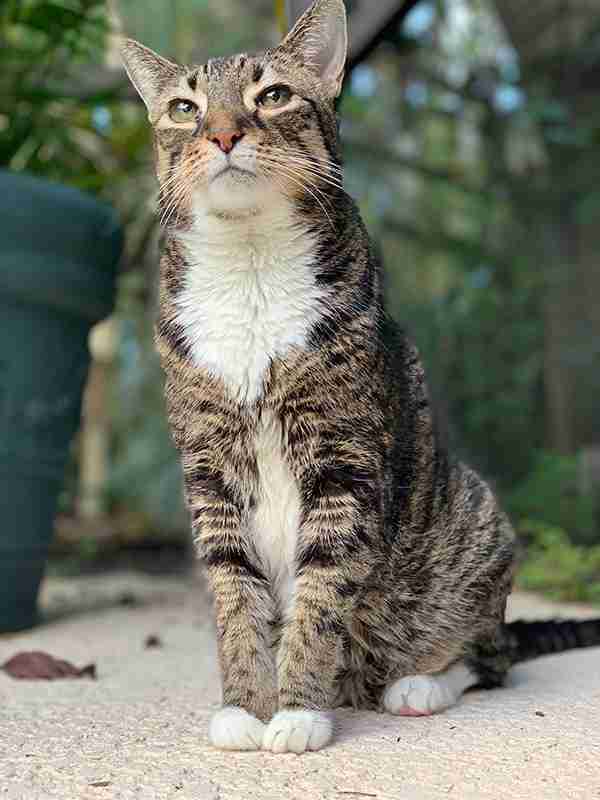 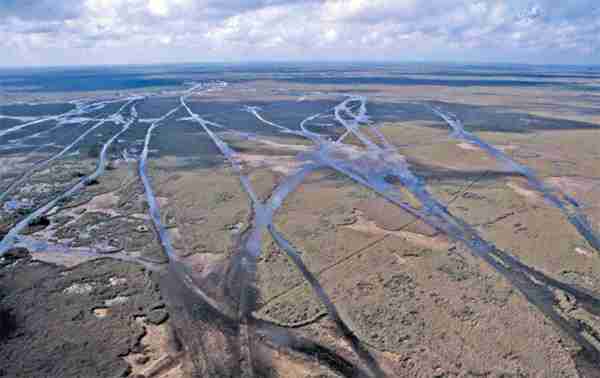 A variety of off-road vehicles (ORVs) has evolved for traveling in wetlands where the water is too shallow or obstructed for conventional boats and soils are too soft for cars or motorcycles. ORVs (including ATVs, swamp buggies, and airboats) have greatly enhance our ability to enter remote areas where few would otherwise venture. Wildlife recreation and hunting are the main uses.

The direct impact of ORVs include soil rutting, damage to vegetation, spread of introduced species, noise, aesthetic (visual) alteration of wilderness, specimen collection (especially in remote areas), and intrusive interference with wildlife. Secondary impacts include alteration of water flow and interference of fire, with attendant functional changes to the ecosystem.