Where are we with saving the Everglades? 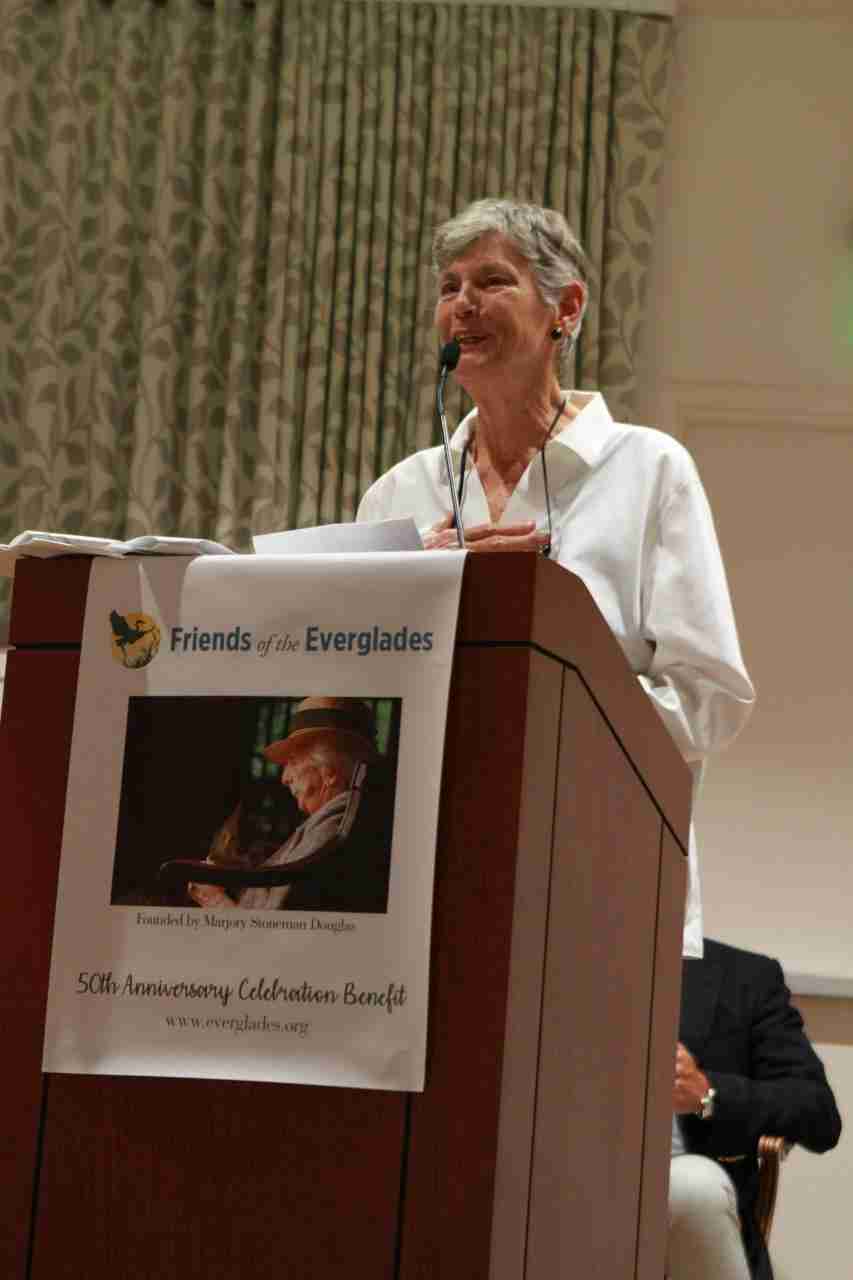 We have Congressional approval for the Little Reservoir That Can’t south of Lake Okeechobee. It’s too small and too deep and doesn’t have adequate cleanup capacity.

But the RIGHT NOW challenge is how to manage the Big Lake while we get Everglades Restoration projects straightened out and built. That might be a while.

For some reason they changed the acronym for managing the Lake to LOSOM. Our job is to keep LOSOM from being LOATHSOME.

The rules should be designed to make the Lake management system work the best it can to help and not hurt all the people and all the wild places of South Florida.

The Corps of Engineers wants you to help. They have held scoping hearings all over South Florida. They have extended the deadline for comments to April 22.

This first set of hearings is not about what the regulation schedule should be. It is about what they should evaluate and consider.

The reasonable answer for all of us in South Florida is that they should evaluate and consider ALL of the negative and positive impacts of how they manage Lake Okeechobee.

In the past they looked only at water supply and flood control. Human health and the environmental health of Lake Okeechobee and the estuaries took a backseat to those two goals.

In 2008 they adopted a new schedule to keep the dike from breaking. They accepted the fact that prioritizing public health would limit the supply of irrigation water in dry times.

The east and west coast estuaries made it clear in their hearings that cyanobacteria were a real and present danger and had to be considered along with sending more clean water south in the dry season.

The Palm Beach County hearing drew only two speakers who cared about cyanobacteria or wanted to send water south. Prior to the hearing there was door to door canvassing to tell residents that they had to go to the hearing to keep Martin County from stealing their drinking water. Rumor has it that solicitors were offered $100 each to spread the word.

The Miccossukees have made it clear that they are concerned about drowning the tree islands in the conservation areas and planning to send more water south without adequate treatment. They have been told that the folks on the estuaries want to dump the Lake on them in the wet season instead of sending it east and west. Their is a lot of trolling going on and it’s not the Russians.

Folks in the Keys came out strongly for sending more clean water south in the dry season because of the negative impacts of the present Lake schedule on Florida Bay.

What my sister loved to call Mighty Marvelous Dade County, was strangely silent, in spite of the fact that there are predictions that if more water doesn’t go south in the dry season, there will be saltwater north of the Tamiami Trail in 30 years. That will put the Biscayne Aquifer between a salty ocean and a salty Everglades and endanger your drinking water supply.

If we save all the water Sugar might possibly want in Lake Okeechobee and then pump it down deep wells and dump it on the estuaries when hurricane season starts – instead of cleaning it and sending it south in the dry season – the management of Lake Okeechobee will accelerate salt intrusion in Dade County well fields.

For years we’ve heard from the Sugar industry and state politicians that as soon as the dike is fixed they can store all the water in the Lake and prevent discharges to the estuary. That way they can hold the Lake higher to replace the dry season irrigation guarantees that Sugar lost when the last Lake schedule was adopted to protect the dike.

The Corps has continually and politely said that while they will have a little more flexibility when the dike is fixed, they can’t go back to holding the Lake at 18ft because of continuing dike safety concerns and damage to the health of the Lake

So what do you do? Go home and tell all your friends that they have til April 22 to send an email or a letter to the Corps. Hopefully you will tell them that the scoping must include any negative impacts to the Everglades including the water conservation areas.That’s what Friends of the Everglades are for.

It would be helpful to point out that not sending more clean water south to save the Everglades will also allow destruction of the water supply of millions of residents in Dade County. Emphasize that serious public health risks are more important than private profit.

We who live on the estuaries or fish in Florida Bay would be grateful if you would add that you think the damage to public health from cyanotoxins has to be considered.

Marjory would want you to to speak up.

Marjory was a practical, happy optimist.

She fought for what was right without trying to meanly destroy those who disagreed. Instead she pointed out that the Corps of Engineers addiction to canal building was because their mothers didn’t let them play with mud pies when they were little.

She was a show off. She loved riding atop the bulldozer at the Mango strut.

When she was ninety-something she spoke to Martin County Audubon leaning on a cane with a sore hip.

I told her we had a choice of leaving the way we came by elevator or being carried down the front steps by a handsome young man. She said “My dear, there is NO contest.”

While she made people laugh, she made them listen and she made sure what she was saying was honest and accurate.

I will leave you with my favorite Marjory story.

We were sitting together at some event in Miami one evening. The morning Herald had a front page headline about a young man who lost control of his car and went off the bridge at Cocoplum Circle between the steep limestone walls of the Coral Gables Waterway.

Right behind him a young lady pulled over, dived off the bridge, wrestled the door open on the sinking car and saved him.

I asked Marjory if she had seen the story.

Marjory loved being a hero.

Now it’s your turn to be heroes and optimists.

We can save the Everglades and the Planet.