History of Young Friends of the Everglades

In the mid 1990′s, Miami-Dade educators Connie Washburn and Marta Whitehouse set a goal to get students more interested in their surrounding natural environment, especially the Florida Everglades. In 1994, the teachers had a special group of highly motivated students at Howard Drive Elementary School. The children became concerned about a project to build a theme-type park near the Everglades, close enough to do severe ecological damage. The students made posters, raised hundreds of dollars via the Global Relief Walk-A-Thon, and were featured in newspapers. Young Friends of the Everglades was born.

Young Friends of the Everglades was created to support a brave youth group ready to tackle learning about the Everglades in a way that would promote community activism and a sense of place in South Florida. Marjory Stoneman Douglas forged a path for those young people by being a strong advocate for the Everglades and her community. We still reap the benefits of her hard work today.

At the age of 104, Marjory was clearly ecstatic about the involvement of young people with her cause to SAVE THE EVERGLADES! “Take the children into the Everglades. Let them see it!” she stated. “The children are our future and we can’t do without that!” 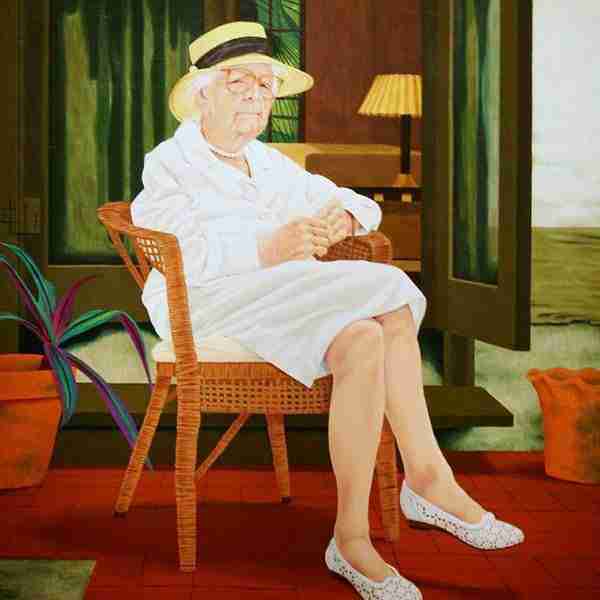 A Student’s Letter about Marjory

When I met Marjory Stoneman Douglas I felt like I was dreaming. I felt that way because it was a dream come true.

She looks like a hero to many people because of all the letters and awards she has gotten. Well, to me she doesn’t look like a hero…she is my hero.

I thought her house was going to be something totally different. I thought it would be big, but it was small and satisfying, quiet, with wooden shingles and small windows. Outside there was this large tree. It looked like it was dying or something, yet it was full of beautiful birds. The birds made me think of children laughing, yelling, singing…while learning and getting what they need in order to survive from Mrs. Douglas, (the old tree).

When I was talking to her, I had to hold her hand and it felt like I had known her forever…and I had just met her! It was also like talking on the phone because I had to get very close and speak in her ear. I thought she would not answer back but she did! She talked as much as I did and I thought that she would be very quiet but she wasn’t. She was happy to know kids were getting more involved with preserving the Everglades and kind of sparkled when I told her I hoped to be just like her…helping start a club and all that. I promised to be her “ECHO”. When I was talking to her I felt a feeling inside that was like, “God, please let her live a lot longer.” I thought she was like a book because of all she knows.

Right where she was sitting, just above her were water stains. I guess that she doesn’t even know they are there. I felt real bad when we couldn’t sit down cause all the furniture is falling apart. I asked Mrs. Whitehouse if maybe some of the money from Young Friends could be used to re-cane some of the chairs or repair the broken furniture.

I thought I was lucky to be selected and I am glad I went. My experience with her was very good. I had a great time. If I can ever meet her again, I would definitely go.

A poem of love from Matthew:

In the mid 1990’s, Miami-Dade educators Connie Washburn and Marta Whitehouse set a goal to get students more interested in their surrounding natural environment, most especially the Florida Everglades. One particular year, 1994, the teachers had a special group of highly motivated students. They became interested in a project to build a theme type park practically in the Everglades, or at least close enough to do severe damage. The students made posters, raised hundreds of Global Relief Walk-A-Thon dollars, and were featured in newspapers–Young Friends of the Everglades was born.

In the years to come, Young Friends took day trips to the Everglades, did science projects, planted over 60 trees at Howard Drive Elementary School, and collected ‘Pennies for Panthers’. They attended rallies and town hall meetings, and visited Legislators in Washington D.C. They campaigned and saved a hundred-year-old Royal Poinciana tree from being cut down by a developer. They starred in a Nick News television segment about the Everglades, spoke at the C-111 Ground Breaking Ceremony-#4, and produced a play entitled, Kermit Saves the Everglades. They developed slogans like K.E.E.P. (Kids Establish Everglades Protection), and put this logo on T-shirts and cloth bags. They wrote articles and poems for our newsletter, Everglades Echo.

The Sierra Club honored Young Friends year after year with the Green Award for children.A five-minute video along with a Public Service Announcement (PSA) has been shown to over 60,000 Miami Dade County students over the past ten years. Yes, Connie and Marta’s initial goal was to ‘plant seeds of knowledge’ in their students and what happened far surpassed anyone’s expectations.

It was their dream to see that all fourth graders could have the opportunity to learn about the Everglades, and that dream still persists with Young Friends educational outreach program. Now, Young Friends is looking to collect the memories of its earliest members, to see how they’ve grown and how their time with Young Friends impacted their environmental awareness.

Here’s What You Can Do

Respond to friends@everglades.org with what you remember about Young Friends or how something you learned or did has affected your way of thinking or feeling about the Everglades or environmental causes in general. This reflection could be in a sentence or two, a paragraph or an essay. Whatever you’d be kind enough to write.

Please send this page to others who were involved in the creation and/or the continuation of Young Friends. Many thanks and best wishes to our former Young Friends members!