The following comments from Eve Samples, executive director of Friends of the Everglades, were delivered during the Nov. 20 meeting of the Project Delivery Team developing the new Lake Okeechobee System Operating Manual for the Army Corps of Engineers:

We are reminded this year of the highly variable nature of Florida’s rainfall, which can vary upwards of 40 inches a year between wet and dry years. This year, it almost felt like we had both packed into one. The Everglades were literally on fire in April, and now Eta has dropped record rainfall on us in November, leading to damaging discharges to the northern estuaries that have continued for more than a month.

This year also reminds us how much is at stake as the Army Corps develops its new Lake Okeechobee System Operating Manual (LOSOM). Thank you for the work you’re putting into making it a beneficial plan for all Floridians when it’s implemented in 2022.

Balancing risk is the biggest challenge of LOSOM — risk to the Herbert Hoover Dike, risk to Lake ecology and the estuaries, risk posed to human health and safety.

On that front, we at Friends of the Everglades would like to raise two points:

First, we ask the Corps and Project Delivery Team to do everything possible during performance-evaluation of its LOSOM conceptual plans to allow for a new Lake O management plan that gives significant consideration to preventing human and animal exposure to Harmful Algal Blooms, which the Army Corps has acknowledged can be toxic.

Florida’s Blue-Green Algae Task Force met with Col. Andrew Kelly and others from the Army Corps of Engineers yesterday, and its scientist members — who are experts on harmful algal blooms — raised important questions about whether the Army Corps is using the best available data for examining algal bloom risk as it develops LOSOM. Please make sure that important metric is accounted for as accurately as possible to reduce health risks, especially since the risk of HABs are intensifying.

Second, we encourage the ACOE to give the dry-season water needs of the southern Everglades the same weight as other parts of the system. The Everglades are a National Park a World Heritage Site, a Biosphere Reserve, and a Wetland of International Importance according to RAMSAR.

The Everglades should be entitled to a legally defensible share of water from Lake Okeechobee during the dry season, and it’s critical for the LOSOM plan under development to incorporate that. This would benefit Everglades National Park, Florida Bay and the northern estuaries. 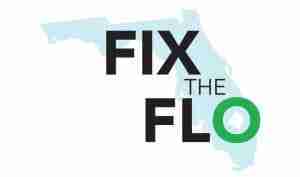 Here’s a quick way for you to support clean water in Florida:

Join us in calling on the Army Corps of Engineers and other water managers to Fix the FLO. Sign the petition today!