In the footsteps of Marjory Stoneman Douglas, we stand with Black Lives Matter

Marjory Stoneman Douglas was, at her core, an advocate for equality.

Five decades before she founded Friends of the Everglades in 1969, she blasted corrupt politics and advocated for civil rights in her column for the Miami Herald.

Marjory wrote about the injustice of “convict leasing,” a system of penal labor that overwhelmingly targeted black men in the United States, allowing a form of slavery to endure. She advocated to bring sanitary plumbing systems to poor neighborhoods of Miami.

She also traveled to Tallahassee to lobby for women’s suffrage, undeterred by the unsympathetic state legislators she faced there.

More fundamentally, Marjory recognized and spoke out against the devastating and multi-generational impact of slavery on black people in the United States.

“To me, slavery was the greatest crime ever committed, which we are still suffering to expiate,” Marjory wrote in her 1987 autobiography with John Rothchild, Voice of the River.

The person who shaped her most as a free thinker and activist was her great-great uncle, Levi Coffin, a Quaker abolitionist who with his wife played a leading role in the Underground Railroad and helped more than 3,000 slaves escape bondage.

Marjory’s social conscience was fueled by a persistent desire for self-education. It powered her life’s work on social and environmental justice until her death at 108 in 1998.

At Friends of the Everglades, we often invoke Marjory’s legacy of environmental activism. We are compelled now to highlight her civil-rights activism, and to advance it in the name of George Floyd, Ahmaud Arbery and the countless other black Americans who have been killed because of their skin color.

We have no doubt Marjory would have supported recent global protests for racial justice. We can imagine the outrage she would have felt watching peaceful protesters at Lafayette Square as they were subjected to the federal government’s use of force to suppress them for a photo op.

Friends of the Everglades stands with Black Lives Matter protesters across the country who are shining a light on racial inequity and white supremacy in the United States. These forces of oppression are not new in our country; they started in 1619 with the arrival of the first slaves in the colony of Virginia and have endured through systemic racism in the four centuries that have followed.

We are encouraged by the global surge in visible, outspoken allies for racial and social justice, and we recognize those voices must be sustained to effect change. We must keep remembering.

“People have forgotten what the Civil War was about. They should never forget,” Marjory wrote in Voice of the River. “Slavery was a great curse on American history.”

The forces of plunder that propelled slavery also are at play in the degradation of our environment. It’s a growth-at-all-costs mentality, and it imposes a multi-generational toll.

Marjory called out these forces when black communities were exploited by white landlords in Miami the early 1900s, just as she spoke against draining the Everglades to make way for more development.

“To them, it was all a matter of making money and getting rich, then worrying about the rest later,” she wrote in Voice of the River.

A half-century after Marjory founded Friends of the Everglades, we continue to stand against the forces of greed and exploitation and for justice in all forms. 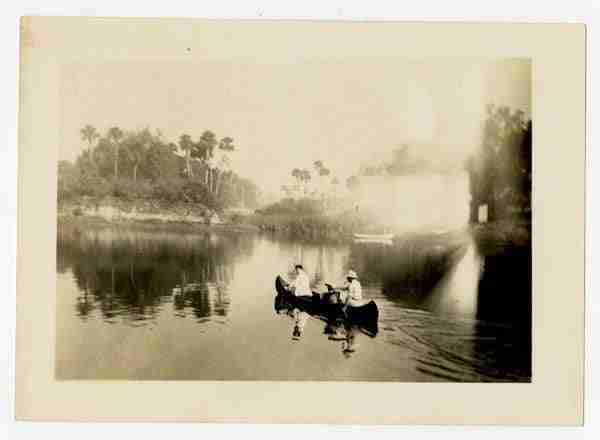