Everglades Illustrated: One Day of Smoke in the Glades 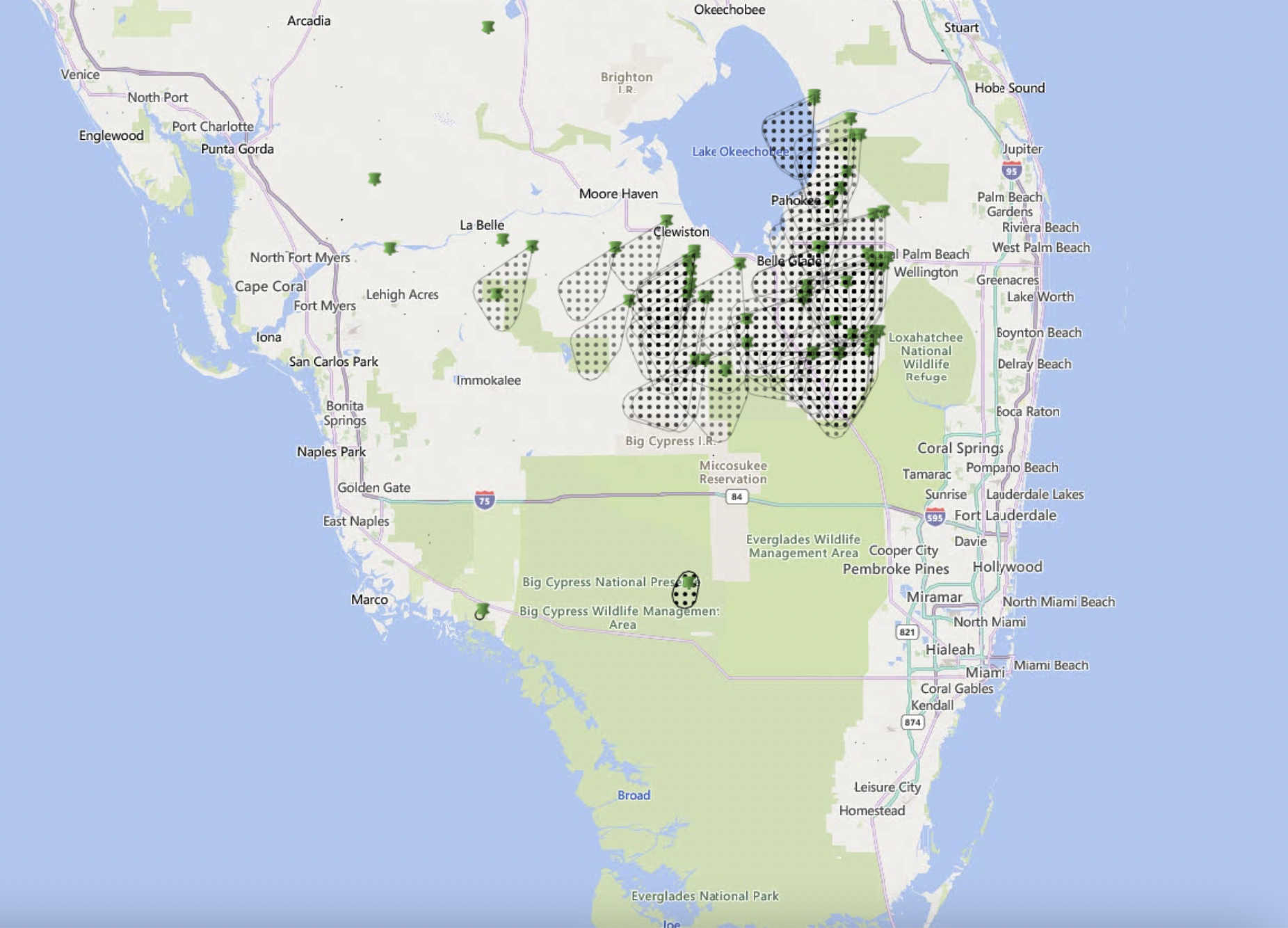 Take a look at the image above. This satellite map from the Florida Forest Service shows dozens of sugarcane burns authorized on just one day this week in the Glades communities south of Lake Okeechobee.

This harmful practice — which is halted when winds blow towards wealthier, coastal areas to the east — rains ash and smoke on downwind residents almost any given day each year from October to May. Take a minute to imagine what it must be like to live with that as a daily “normal.”

Though health concerns resulting from exposure to sugarcane burning have been widely documented this year, a measure introduced in the 2021 “Right to Farm” bill limited legal action that impacted residents could take against farms that produce “particle emissions.” Now, because of this bad law, only those living within a half-mile radius of a burn have the legal right to ask a court to decide if they’ve been harmed by smoke and ash. However, we know that smoke from the burning fields can travel upwards of 20 miles. As it stands, this arbitrary distance leaves many with no chance of recourse.

Thankfully, there’s hope on the horizon. On November 20, 2021, state Rep. Anna Eskamani and state Sen. Gary Farmer introduced new legislation that would repeal “particle emissions” from the list of protected activities in the “Right to Farm” bill.

Now we need your help. Use the button below to send a letter to your state legislators, imploring them to support Rep. Eskamani and Sen. Farmer’s repeal bill to protect Glades residents. It’s time for the whole state to stand up to the harmful effects of sugarcane burning. It’s a matter of justice.