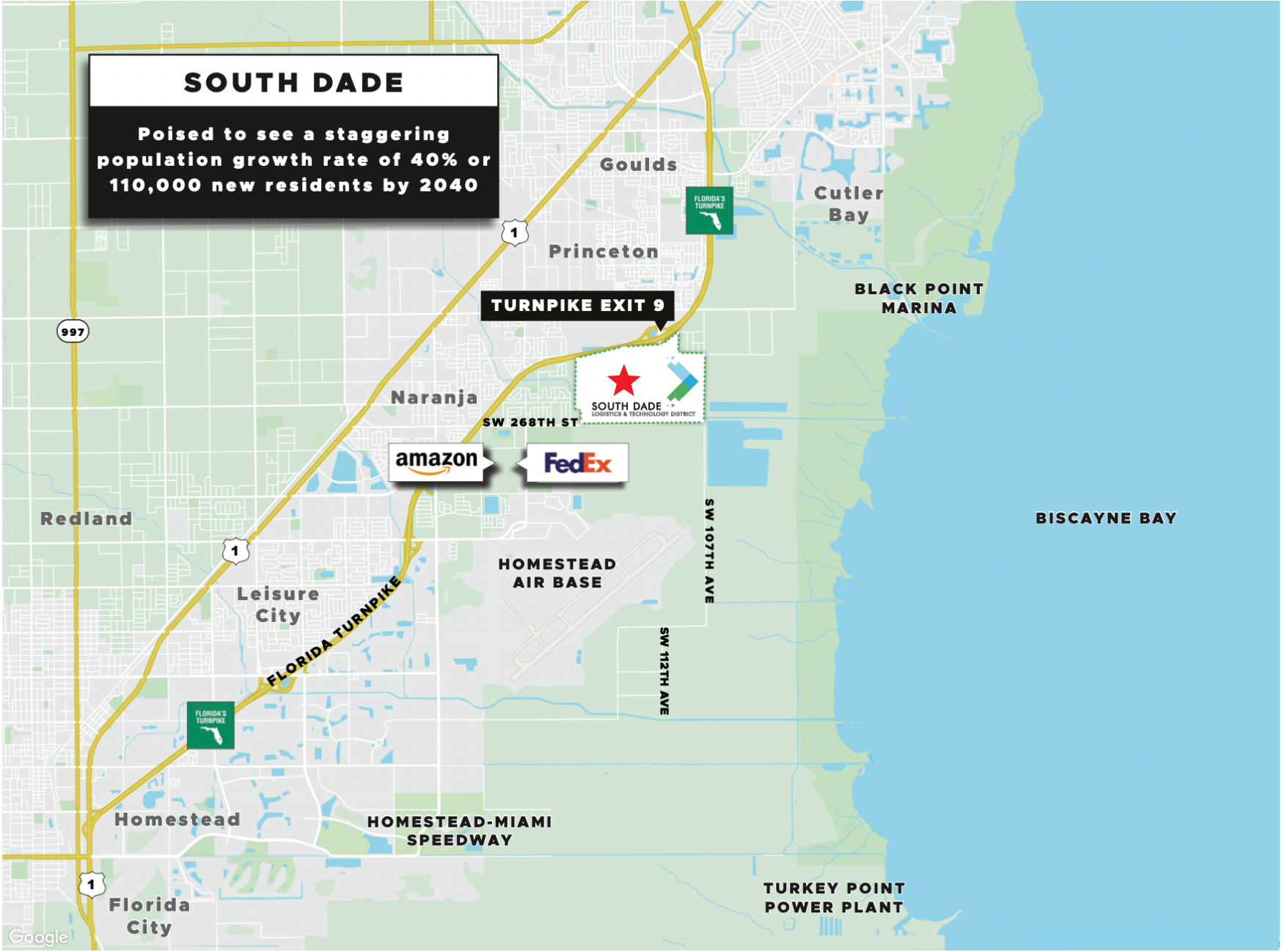 A development frenzy is gaining momentum near Homestead Air Reserve Base in southern Miami-Dade County — and it poses a direct threat to nearby Biscayne Bay.

As you can see from the map above, the proposed South Dade Logistics and Technology District (marked with a red star) lies just west of Biscayne Bay, on 800 acres currently used as farmland.

If that proposal wasn’t alarming enough, now a Miami-Dade County Commissioner is pushing to convert another 700 acres of agricultural land near the Homestead air base to industrial use.

“We can have an industrial revolution in South Miami-Dade County,” Commissioner Kionne McGhee told the Miami Herald.

With respect to the commissioner, open space near Biscayne Bay is not the right place for industrial development. There’s ample land in south Miami-Dade that’s already zoned for industrial use. Converting this farmland would remove a valuable buffer between dense development and Biscayne Bay, which is the subject of a federal Everglades restoration project. It’s also a flood-prone area that should be kept green to recharge the aquifer as sea levels rise.

Industrial development can happen elsewhere in Miami-Dade. But Biscayne Bay and the Everglades are immovable.

Friends of the Everglades is working hard to stop these damaging development proposals, as well as a plan to bring commercial aviation to Homestead Air Reserve Base.

Miami-Dade County commissioners will consider McGhee’s proposal during a committee meeting Thursday. Want to help? Contact McGhee and other commissioners, and ask them to protect this important green space in Homestead.

You can support our work in Homestead and beyond by making a donation today.