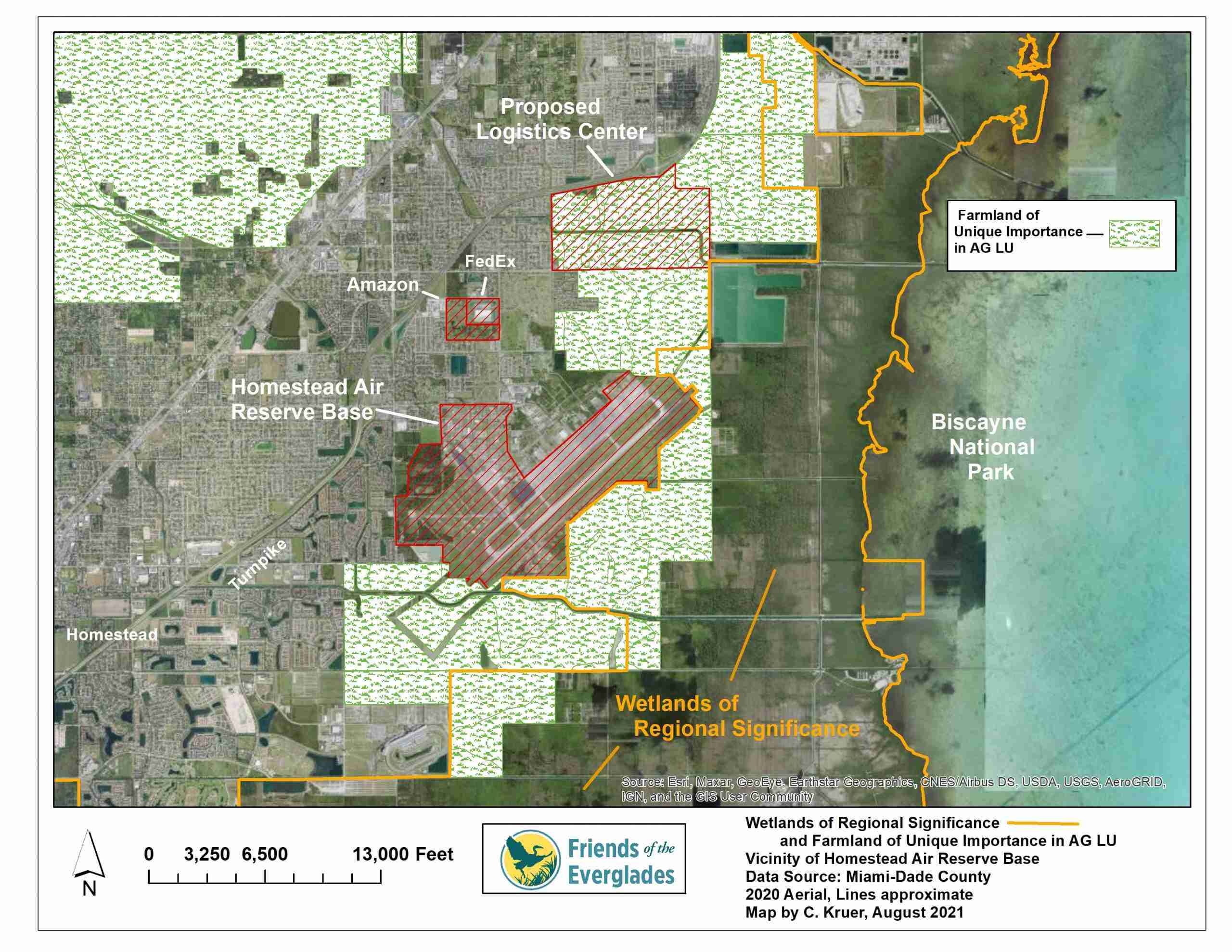 The map above tells the story of a looming threat to Biscayne Bay. Developers in Miami-Dade County are pushing to convert 794 acres of “farmland of unique importance” to 9 million square feet of industrial development. This green space sits outside the county’s Urban Development Boundary, and within Coastal High Hazard Area — which is “among the areas least suitable for urban development” due to storm surge vulnerabilities, according to county staff.

Despite a scathing report by the County’s own planning and environmental staff about the dangers posed by the South Dade Technology & Logistics project, the Board of County Commissioners voted September 9 to transmit the proposal to the state for review.

In a shocking display of one-sided politics, Commission Chairman Pepe Diaz blocked the county’s own professional staff from presenting concerns about the project, and offered only 60-second windows of time for public comment, which included critical concerns about the proposal’s Everglades impacts from a U.S. Department of the Interior official.

Yet Diaz allowed the developer’s team of lobbyists more than 30 minutes to make their case, plus time to rebut public comments. We’re grateful to Commissioners Danielle Cohen Higgins, Eileen Higgins and Raquel Regalado for their “no” votes.

The project now goes to the State for review, and will return to the Miami-Dade County Commission within 30 days of that review. Friends of the Everglades will be tracking this dangerous proposal and keeping you informed about opportunities for public input.