Big Sugar Political Money Sends a Blunt Message: "All Aboard" (From Eye On Miami)

Big Sugar is laying out the bucks to the Florida legislature in advance of the 2018 session. No surprise. Nor is it any surprise that the next designated GOP speaker of the House, Miami Republican Jose Oliva, is the chief beneficiary of Big Sugar's honey pot. To victors, go the spoils. 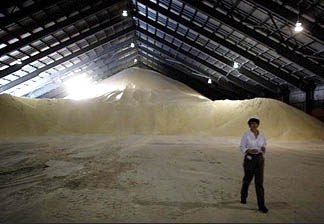 Judy Sanchez, spokesperson for U.S. Sugar near a pile of Raw Sugar.

Big Sugar is laying out the bucks to the Florida legislature in advance of the 2018 session. No surprise. Nor is it any surprise that the next designated GOP speaker of the House, Miami Republican Jose Oliva, is the chief beneficiary of Big Sugar's honey pot. To victors, go the spoils.

What does Big Sugar want?

Sandy Moret, Florida Keys fishing legend, wrote for the Now Or Neverglades this week: "The SFWMD (South Florida Water Management District) is still dragging its feet on producing modeling showing how much land is needed for a dynamic reservoir to help address these (water pollution) issues. Experts agree that the current plan doesn't provide for enough land."

In 2017 Gov. Rick Scott signed into law a new Everglades funding bill, watered down drastically by Big Sugar, to begin the process of water storage and cleansing marshes for the Everglades adequate to protect downstream resources and communities from toxic waste spewing out of Lake Okeechobee, the diseased liquid heart of Florida.

The bill was a grudging response to civic outrage that the legislature was sitting on a multi-billion dollar pot of taxpayer money that voters had designated, through a 2014 constitutional amendment by ballot, for acquisition of environmentally sensitive lands. Legislators and the governor were refusing to allocate the money for its intended purpose, because a few Big Sugar oligarchs objected.

What finally emerged from the legislature, however, was far from the original goal of civic activists and environmental groups. It was full of significant trap doors like the one requiring district scientists to evaluate whether the acreage designated to a new reservoir (built on lands already in public ownership) was sufficient to protect downstream water quality.

"(The South Florida Water Management) district has given no indication it’s making real progress on the one initiative that can offer a better choice than discharging lakewater to the rivers: the EAA reservoir. The entire project, despite the heroic efforts of Joe Negron, Bullsugar supporters, and countless others, appears to be on track to fail. The sugar industry is using public land to clean its pollution. We may need it back.

That’s because to work, the reservoir needs to be dynamic--constantly filling and emptying, filtering water on its way south the way the River of Grass did before we dammed it. It needs land to flow through, and every qualified engineer knows the current plan doesn’t have enough. Exactly how much more land does the project need? Honestly, we don’t know. No one does.

To find that out, water managers need to model the system and work out the requirements to get the greatest possible inflow to reduce discharges and the greatest possible outflow to deliver clean water to the Everglades and Florida Bay. The project can’t begin without that model, and there’s no sign of it from SFWMD--despite being required by state law.

The good news is when we find out how much more land we need, we have options--even if the sugar industry refuses to sell more. The public already owns thousands of acres near the proposed reservoir, much of which is now being used to clean runoff from sugarcane fields. As soon as SFWMD releases its modeling, we can start work on returning that land to public service. But we need that model."

The bottom line is that the most contentious issue in the Florida legislature in 2017 is still in play and from the public's point of view is still being hobbled by Big Sugar political money.

Big Sugar has one goal: to make as much money growing sugarcane as quickly as possible until another opportunity emerges. Collateral damage to the Everglades, to our politics, to democracy? Only of concern to the extent these impact the bottom line.

This year's legislation, triggered by massive pollution of Florida's estuaries and coastal communities in the winter of 2015/2016 from Stuart to Fort Myers, requires additional studies by the water management district, that takes its orders from Gov. Rick Scott and the Florida legislature.

Big Sugar is spending money to ensure any governmental processes move with speed or glacial slowness according to its agenda. Its message to state legislators: "All aboard." 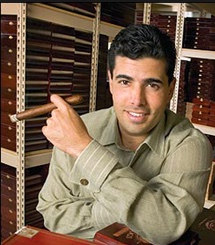 Even before Hurricane Irma flooded sugar fields and damaged buildings causing millions in losses at Florida's largest sugar company, U.S. Sugar investing heavily in the leadership of the Florida Legislature.

Oliva, R-Miami Lakes, was designated Tuesday as the Republican's choice to be their next speaker if the GOP retains the majority in the Florida House.


On Aug. 18, his political committee, Conservative Principles for Florida, received a single $100,000 check from U.S. Sugar -- more money than any single contributor had ever given Oliva's PC. It far exceeded the $5,000 the company had given the committee previously in 2015.

What does U.S. Sugar expect in return for this investment?

Sugar has aggressively fought Senate President Joe Negron's push to force agricultural interests to relinquish some of their land to build a water-storage reservoir in the Everglades Agricultural Area. It relied on the House and the governor to weaken the proposal last session, and succeeded.

Those fights, and many more linger, as polluted water from Lake Okeechobee -- which environmentalists want directed into a reservoir -- is now being released into estuaries to keep the lake from flooding.

The mega-check was not all that unusual for the mega company. It had written a $100,000 check to Gov. Rick Scott's Let's Get to Work political committee January, and another in March as the company was seeking Scott's opposition to the reservoir bill. U.S. Sugar has given Agriculture Commissioner Adam Putnam, a Republican candidate for governor, $285,000 in 2017 alone.

The company has spent a total of $2.2 million in campaign contributions so far in the 2018 election cycle but, since session ended in May, $1.5 million of that has been directed into political committees in anticipation of the upcoming legislative session -- or in gratitude for the last one.

* $15,000 to each of the committees run by Rep. Matt Caldwell and Sen. Denise Grimsley, two Republican candidates for agriculture commissioner.

* and $75,000 to Florida Republican Senatorial Campaign Committee, controlled by incoming Senate President Bill Galvano, plus another $17,000 to the committee in the form of in-kind contributions to pay for for entertainment and "beverages."